After five years on the market CORNEHL Watches welcomes you to our new website: New design, new layout …: But there is no point in writing about something you should see with your own eyes. So if you have not checked out our new website click here (LINK).

Also new: Our watchmaking News informs you regularly about our watches, about traditional watchmaking, and of course about CORNEHL Watches. If you have any questions or feedback feel welcome to contact us. Maybe your question even finds its way into one of our watchmaking news.

As many people ask themselves at one point “Why am I doing, what I am doing? And what for?” these questions remind us of the essence of our work. For Steffen Cornehl there is a threefold answer to “Why Cornehl watches”:

First of all its TIME itself: “Watches and making watches helps me to think and value the most precious resources that I have, my lifetime. The time that I have in my life is a gift and with my watches I pass on this gift. In every watch I give a little bit of my time, my love and my passion. Hopefully it helps its owner to be reminded on his or her lifetime.”

Second, let’s talk about LEARNING. “I want to inspire people to be bold and create their own environment in with they can learn, develop in skills, attitude, character and personality. It is the same with children (I have two of them so far). They learn the entire day new things in a speed that is just incredible and much joy to observe. My learning environment is my watchmaking studio and my family.” So tt’s not only about the result, it’s about the creative and detailed process that makes a timepiece special.

Third, CORNEHL Watches stands for unique timepieces for this and the following generations. “You are unique, your life is unique. Live is too short to just wear a watch that millions of other people wear. Every CORNEHL watch is unique as you are.” 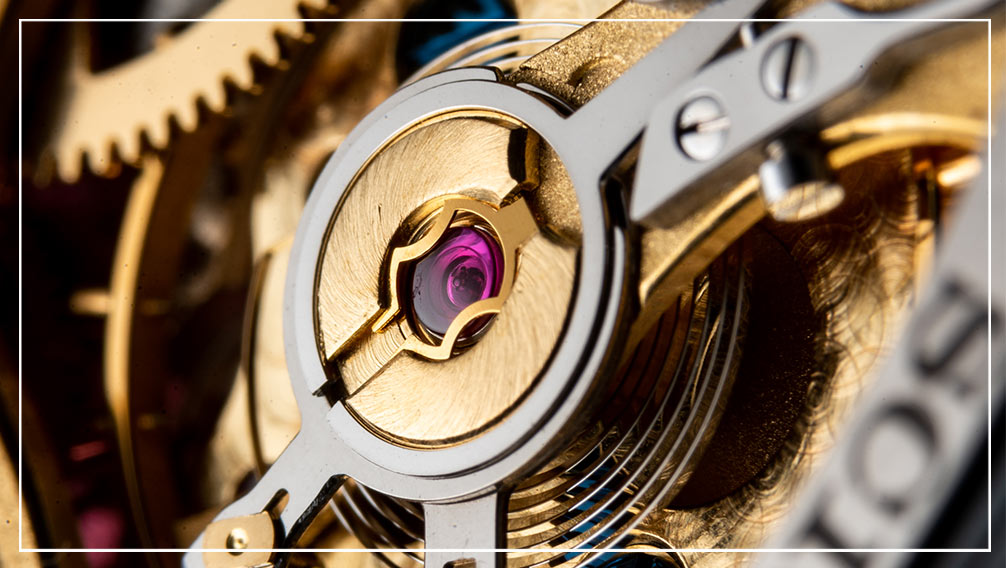 While our watches are all affordable, the top of the line model is the Regulator SC1. Though based on a Unitas 6498, the movement has been significantly reworked aesthetically. With the bridges being replaced by a single three-quarter plate in the German (though historically English) style.

Both plates have a gilt frosted finish, and both the ratchet wheels are finished with solarisation. While the screws are blued and jewels sit in gold chatons, giving it a traditional look.

Other details have also been modified, including the winding click that has been replaced with an elongated spring.

And of course the time display has been customised regulator-style, separating the hours and minutes into individual axes. Notably, the sub-dial for the seconds at six has been enlarged, being inspired by antique precision timepieces.